Top 5 Things To Do In Mayo

Make sure you bring your hiking gear to trek up Croagh Patrick. The “holiest mountain in Ireland” is one of the country’s most famous landmarks. It can be found just outside the bustling town of Westport. It is known as the place where Ireland’s patron saint, St. Patrick, spent 40 days and nights praying and fasting. Therefore, the mountain has been a place of pilgrimage for 5,000 years. 12 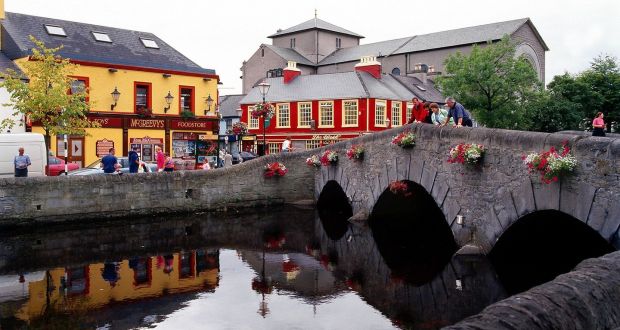 Once you hike Croagh Patrick, visitors usually enjoy taking a breather in Westport. There are plenty of bars and restaurants to choose from. A visit to Westport is never complete until you take a trip to Westport House and its Pirate Adventure Park. It is a tribute to its former resident, Irish pirate queen Grace O’Malley.
Westport House

Leave the car behind and take a stroll or a cycle along this 42-km trailway. If you’re going to be traveling from place to place in Ireland, there’s no better way to do it than by renting a car or getting yourself onto a tour bus because no public transport will bring you outside of the main towns and villages. If you’re sick of observing the country through your car window, however, the Great Western Greenway is the ideal option for you, allowing you to step out and stretch your legs on the longest off-road walking or cycling experience in the country.

The Knock Shrine is internationally renowned as a place of prayer and pilgrimage. In the 19th century fifteen locals claimed that the image of Our Lady, St. Joseph, St. John the Evangelist, an altar, cross and a lamb appeared to them in the small village. Mary McLoughlin, housekeeper to the parish priest of Knock, and her friend Mary Byrne were astonished to see the outside south wall of the church bathed in a mysterious light, with three figures standing in front of the wall. The figures were said to float a few feet above the crowd and Byrne quickly gathered the other 13 witnesses who were to attest to the miracle.

There are few places in Ireland where the feeling of being surrounded by the truly ancient is more profound than at the Céide Fields in Belderrig, Co. Mayo, home of the oldest known field system in the world. Located along dramatic 360-foot high cliffs and looking straight out onto the Atlantic Ocean, the Céide Fields (or Achaidh Chéide meaning “flat-topped hill fields”) is a remarkable neolithic site first discovered in the 1930s. Since its discovery, an award-winning interpretive visitor center has been built near the site, featuring a 4,000-year-old ancient tree unearthed from the nearby bogland in the entrance hall. The building itself has been heralded as a fantastic piece of architecture totally in keeping with its rural environs.

If you are looking for stock taking advice for your hospitality business in Mayo, Synergy Stocktaking can cater for your needs. Get in touch today!

You can also find us on Facebook! Click here to find out which of our representatives is covering the Mayo area.